Also, when I go to restaurants, “NABE” is often on the menu in the winter.

In this blog, I will teach you about the Japanese dish “NABE!”

What does NABE mean in Japanese? 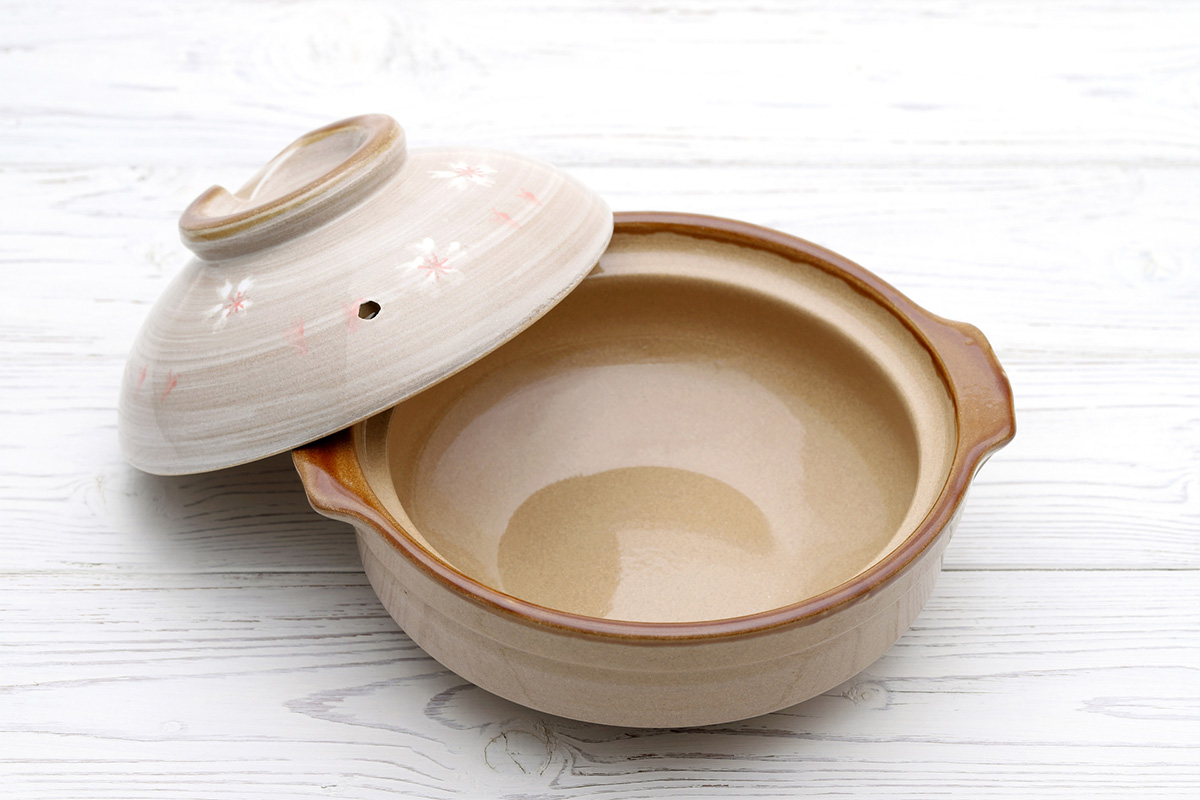 A dish cooked in a pot with broth and ingredients is called “NABEMONO (鍋もの)” or “NABE RYOURI (鍋料理)” in Japanese, but is most often abbreviated to “NABE”. 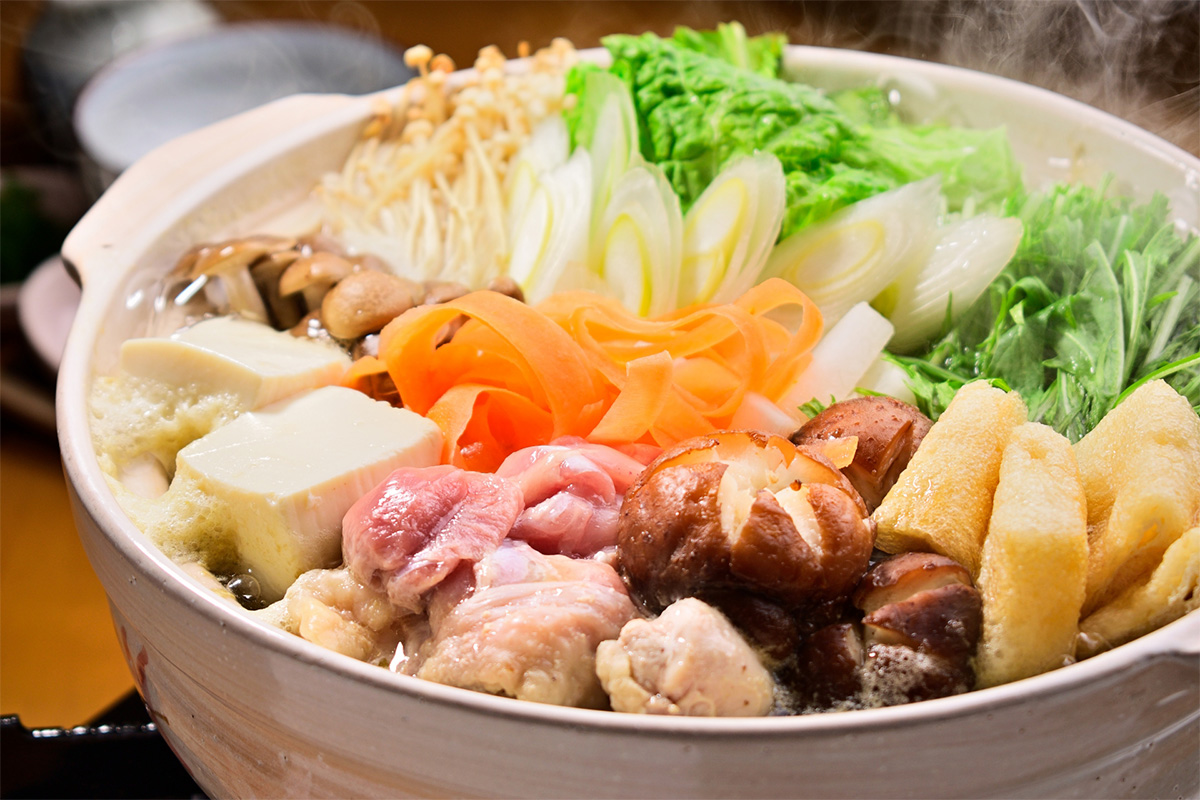 How do you eat NABE?

Here are some common ways to eat NABE in Japan.

Most families place a pot in the middle of the dining table and eat NABE while heating it up on a gas stove or electric. 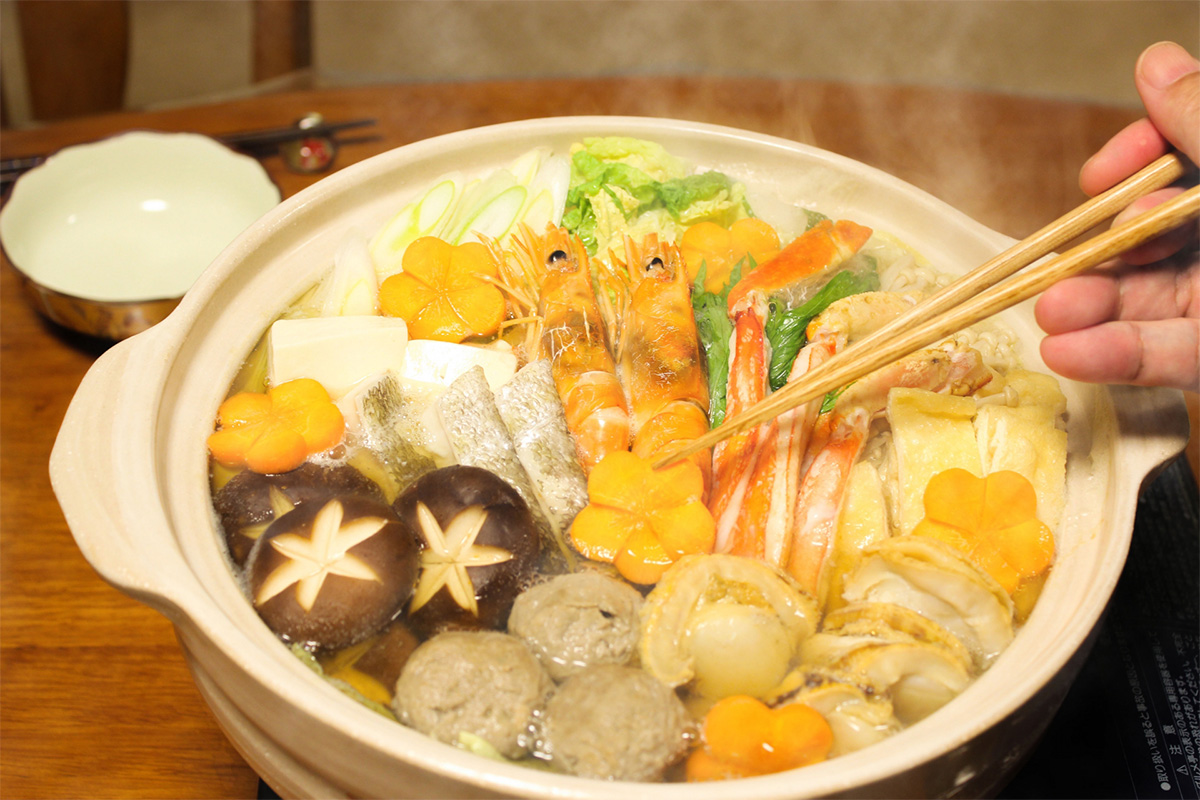 Add soup and ingredients and cook on the table.

When the dish is ready, each person can share the ingredients of his or her choice.

When the ingredients are gone and only the soup is left, eat the “SIME”.

SIME means “tie up”.
Or it means the last dish.

Rice, noodles, or rice cakes are added to the soup, boiled, and eaten. 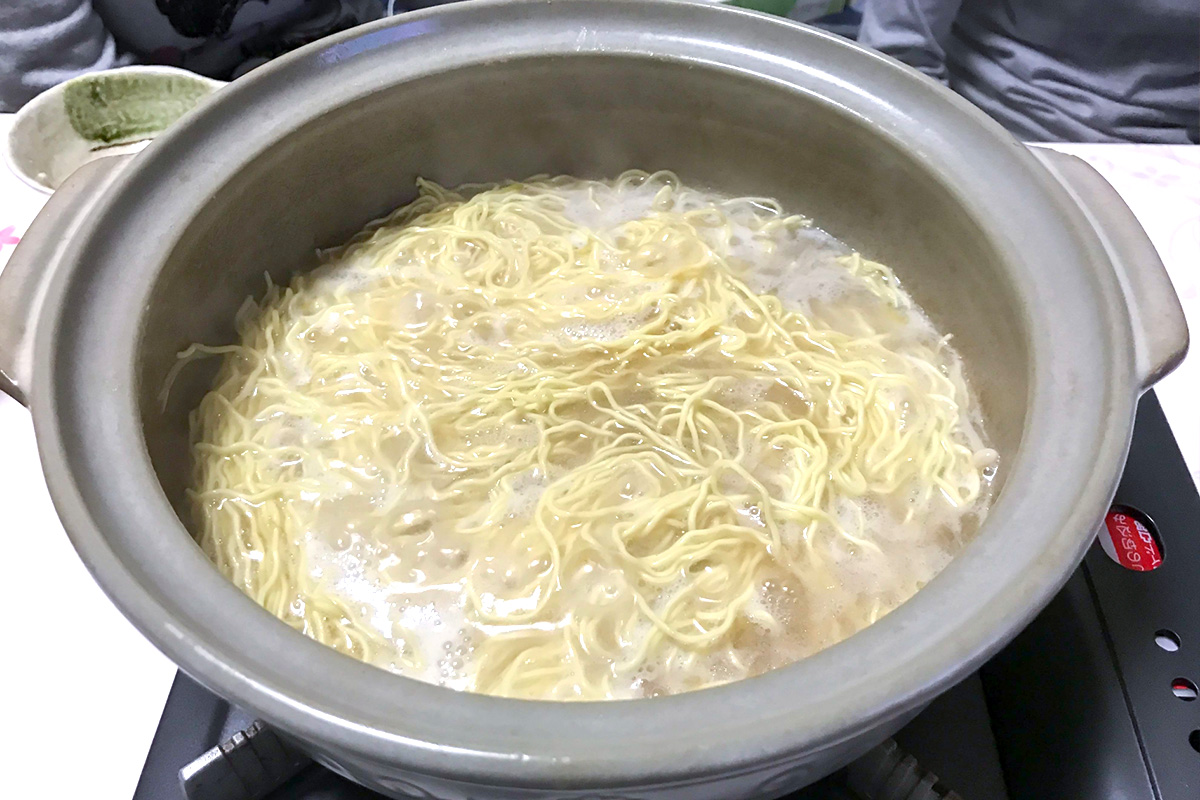 There are many types of NABE in Japan. Ingredients and soups vary in flavor.

And there’s even a “local NABE” that can only be found in that particular area!

Here are seven classic NABEs that are commonly eaten in Japanese homes. 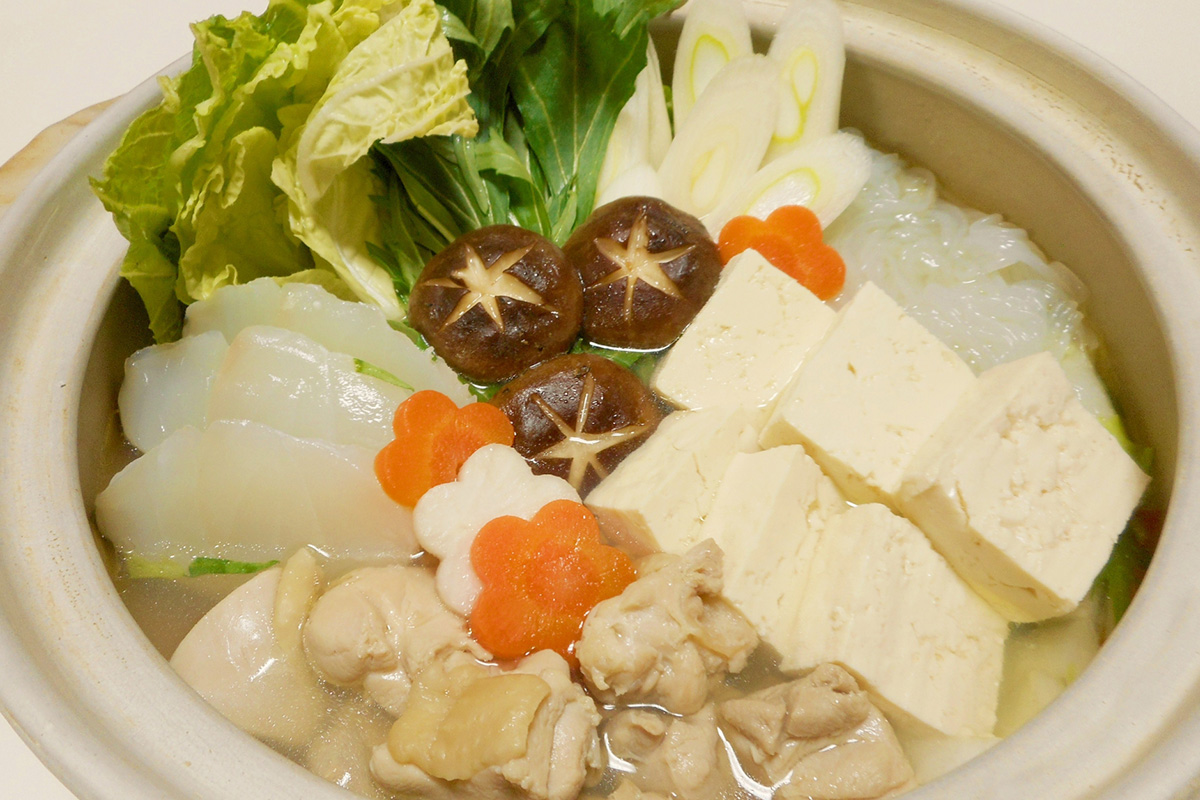 Yose-nabe is a nabe in which a variety of ingredients, such as vegetables and seafood, are cooked together. The broth is usually seafood-based, such as bonito, kelp, or shellfish.

Salt, soy sauce, sake, and miso are commonly used for seasoning, but there are no specific rules.

SIME is often made into a porridge with rice. 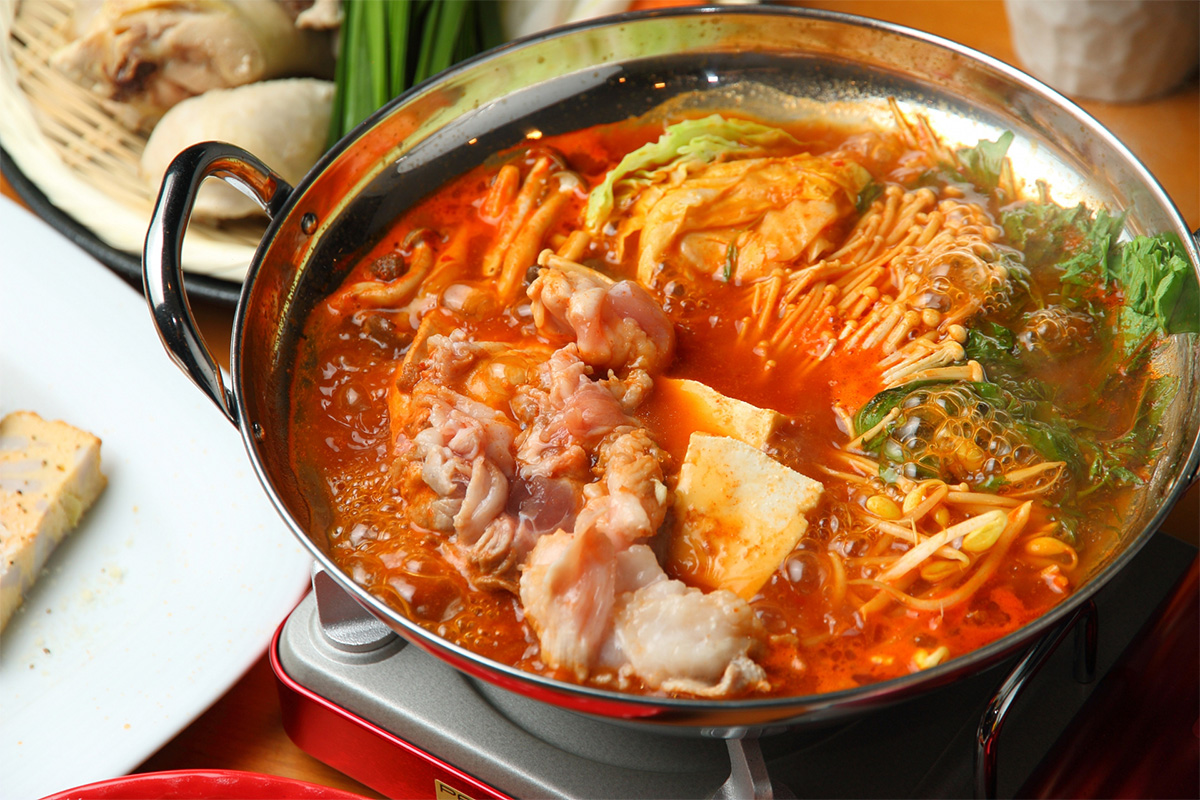 NABE with kimchi in the soup. ingredients include pork, Chinese cabbage, enoki mushrooms, tofu, etc. It is spicy. 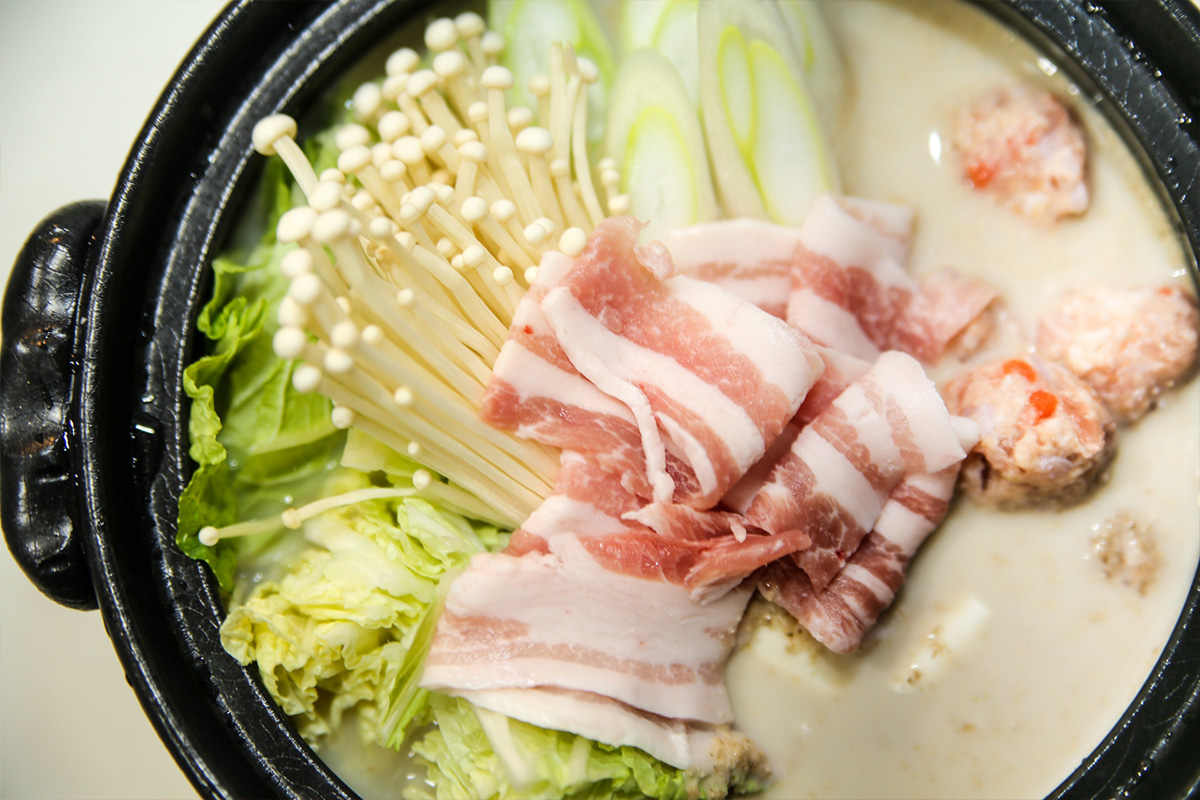 It is a little closer to risotto when you add rice and cheese at SIME time.

Motsu is generally the small intestine of a cow or pig.If you want to Nabe, there are many cows.

Ramen is recommended for Sime. 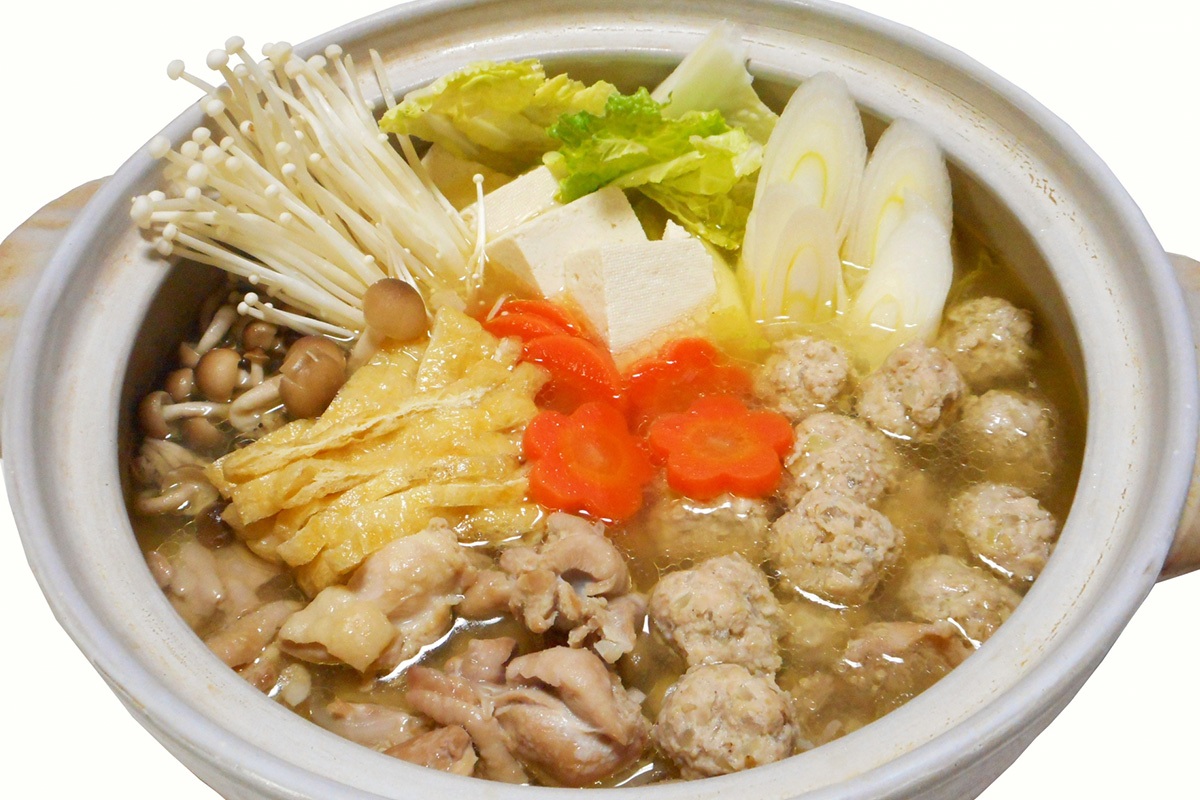 Chanko-nabe is a nabe mainly eaten by sumo wrestlers on a daily basis.

Sumo wrestlers must build a solid physique. It is made with ingredients and soups that are nutritionally balanced.
So there may be both fish and meat in the soup.Anyway, that’s a lot of ingredients!

The soup is made of chicken stock to which salt is added, as well as soy sauce-based and other soups.

Incidentally, chanko-nabe is similar to yose-nabe.Yose-nabe uses kombu (kelp) and bonito flakes as the base of the broth, while chanko-nabe is characterized by a high chicken broth content. 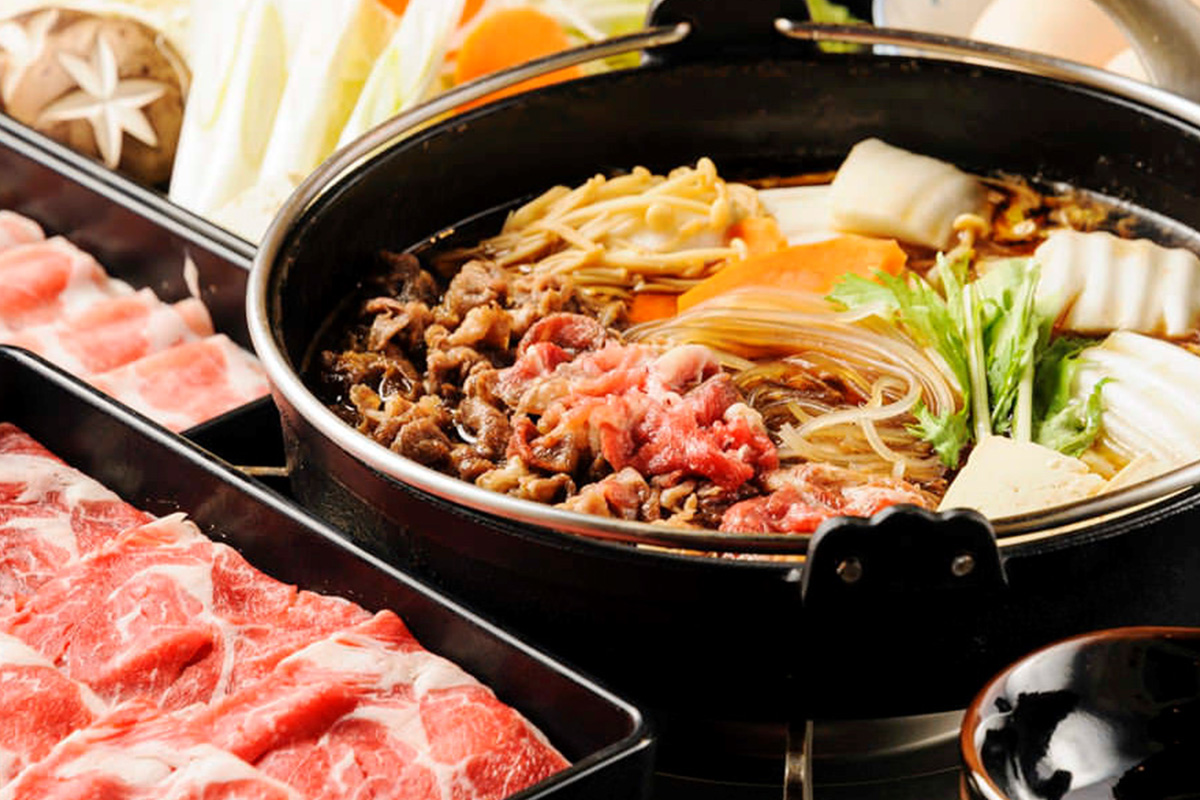 “Sukiyaki” is a type of NABE cuisine that is very popular.

A dish in which meat is grilled or stewed in soy sauce and sugar, with a sweet flavor.For this reason, many children and adults like it.

Mostly beef is used.We’ll also stew some Chinese cabbage, leeks, etc. with it and eat it! 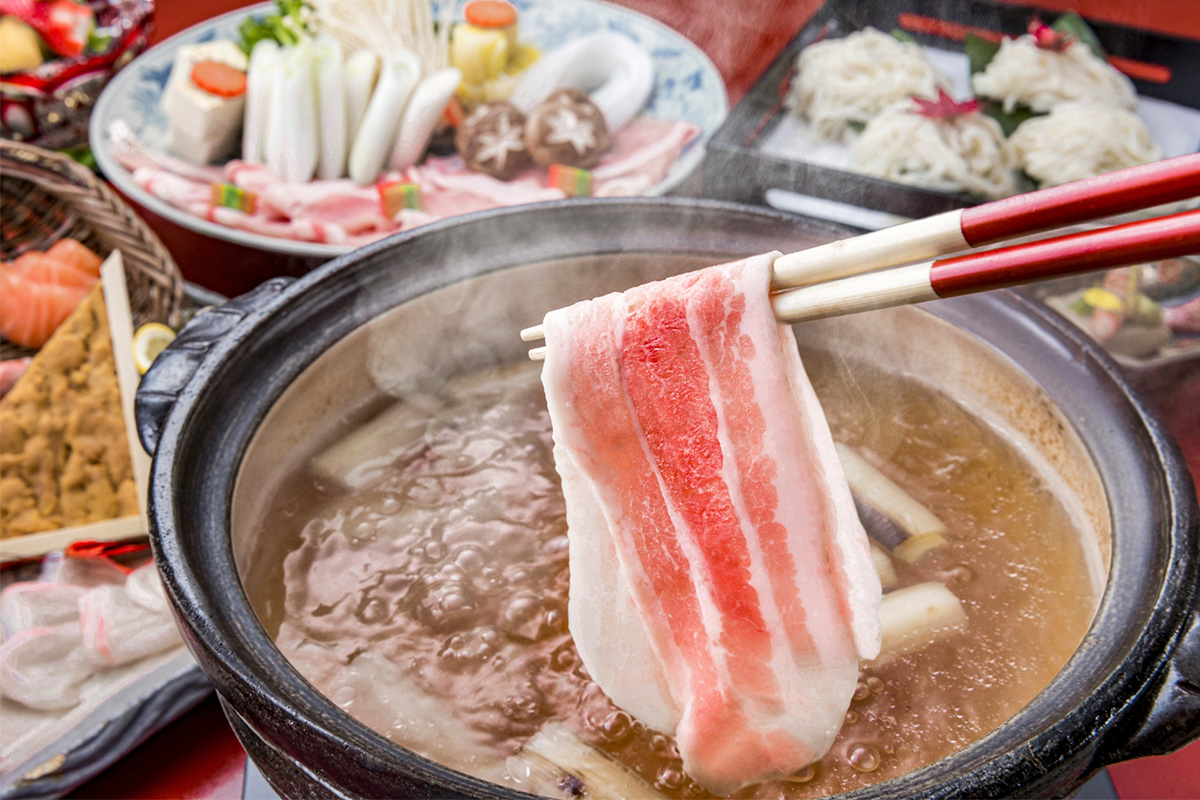 Another popular NABE is Shabushabu.

The meat is quickly dipped into a Japanese-style broth and served with a light sauce.

Pork is commonly used at home.

Vegetables such as leeks, potherb mustard, shiitake mushrooms, and tofu are stewed in broth.
Sukiyaki and shabu-shabu are also similar, but see this blog post for the differences.

Kodawari Times
Difference between Sukiyaki and Shabu-Shabu
https://kodawari-times.net/fooddrink/sukiyaki-and-shabushabu
Japan has a wide variety of nabe dishes, but the most typical ones are sukiyaki and shabu-shabu. Now, all of a sudden, which one in the picture is sukiyaki?  The correct answer is here. It may look like a similar dish, but the way you eat it and the way it tastes are completely different!In this article, I will introduce the difference between Sukiyaki and Shabu-Shabu. The Taste of Sukiyaki and How to Eat It Sukiyaki is a dish of meat and vegetables cooked in a s...

If you’re ever in Japan during the cold winter months, you’ve got to try NABE! 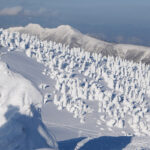 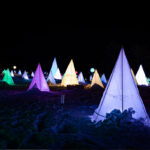 Kodomo no hi(Children’s day in Japn)

May 5 is a national holiday in Japan called Kodomo no hi(Children’s Day). As the name implies,...

Have you ever heard of a Japanese sweets called “Castella”? Castella is a confectionery ...

“Unfold SAKE” is sake that goes well with food!

I’m AKI, a sake lover! Today, I would like to introduce some sake that I actually tried and en...