Do you know the place called “Osaka” in Japan?
It is the second most popular tourist destination after Tokyo. 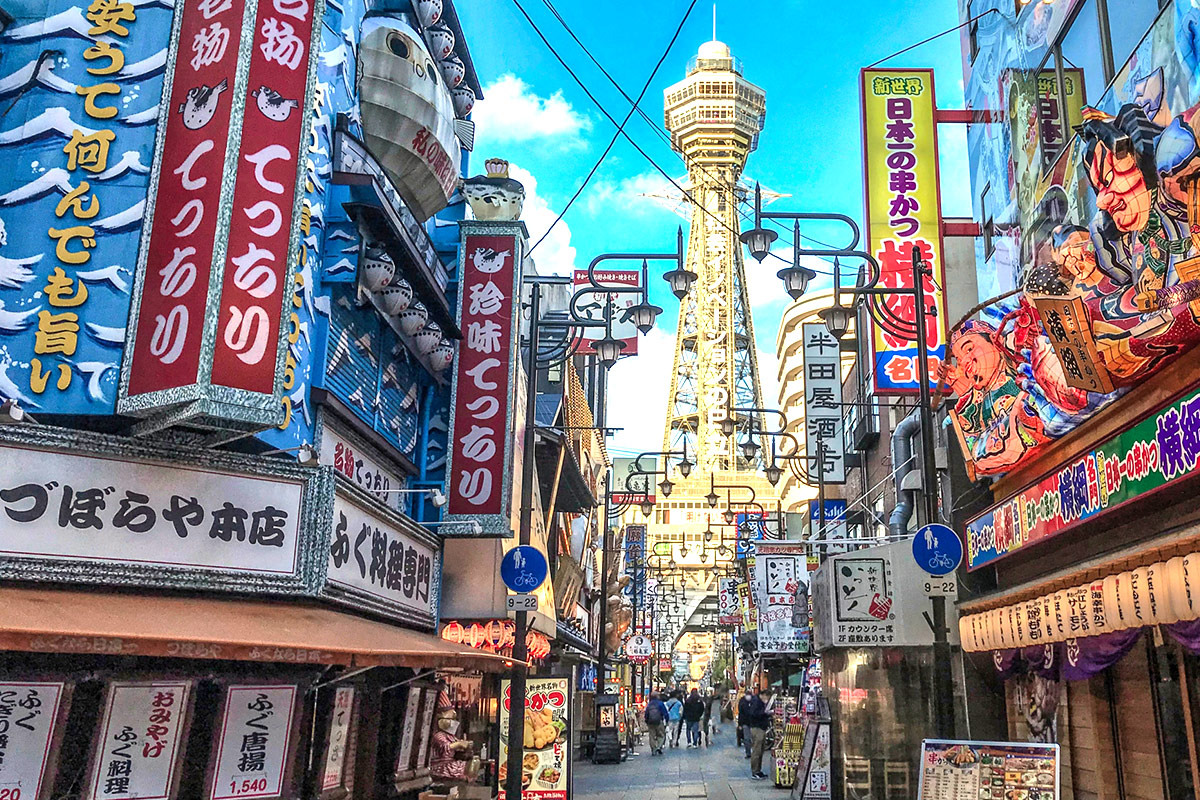 In this blog, AKI, who works in Osaka, will tell you what Osaka has to offer for those who “don’t know about Osaka”!

What is Osaka best known for?

Osaka is known as one of the liveliest cities in Japan.

The people are very friendly and cheerful, with a distinctive dialect and sense of humor.

Kodawari Times
"Maido" and "Ookini"? What is the unique greeting used in...
https://kodawari-times.net/tips/column-japanese-unique-osaka
Hello everyone!I introduced the Japanese greeting in my last column, but actually, in my part of the world, we use a different greeting.In this article, I'll show you some greetings you can use in Osaka, Japan! Where in Japan can I use it?The language I am going to introduce here is called Kansai-ben, and it can be used in the , especially in the place called Osaka. Osaka also has an international airport, Kansai Airport, which is close to China, Korea, and Taiwan, so Asian tou...

Incidentally, a Korean friend of mine said, “I decided to live in Osaka because people there are very friendly”.

Osaka is said to be the second largest city in Japan after Tokyo, the nation’s capital.

Around Osaka Station, there are many high-rise buildings. 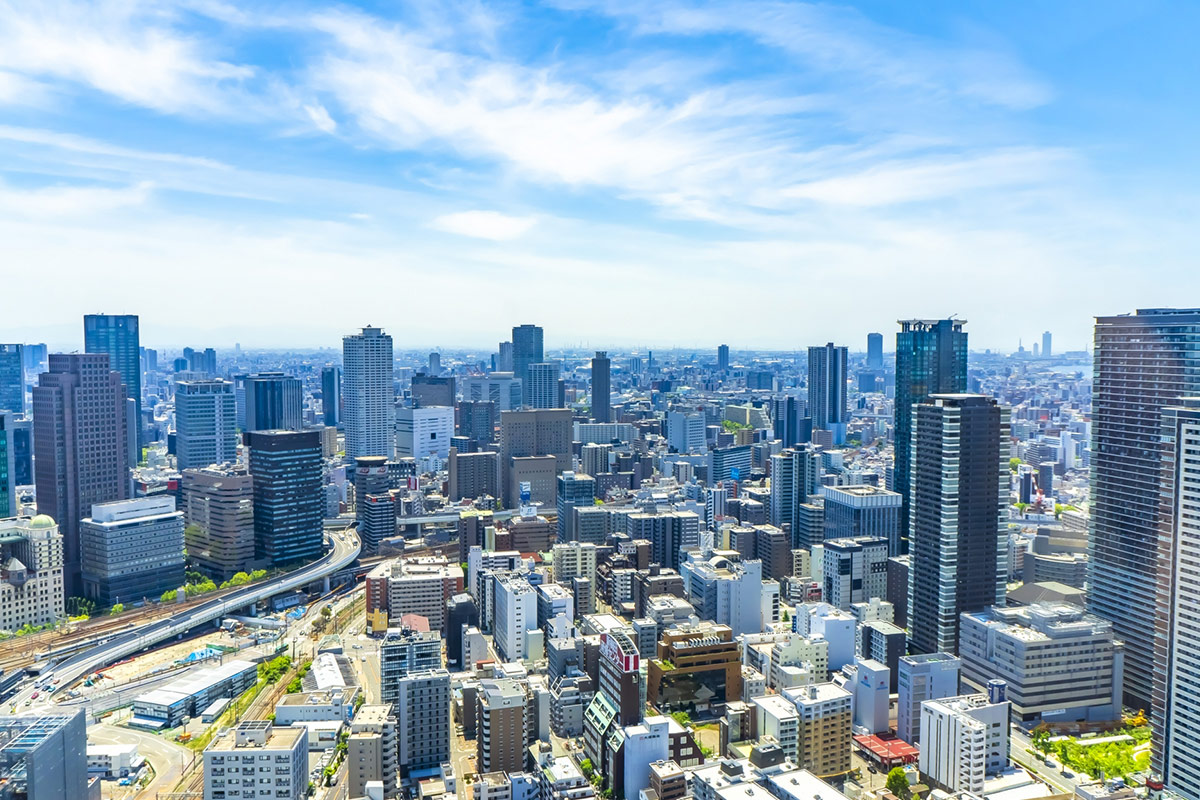 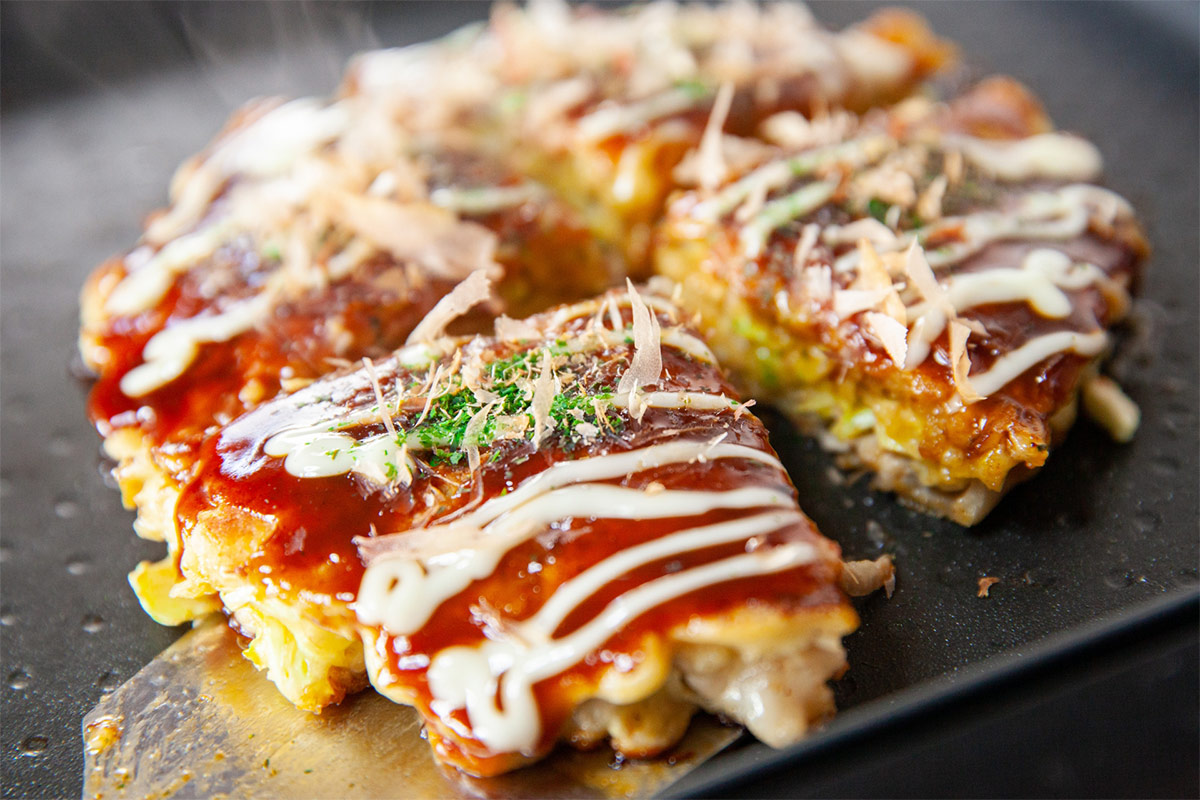 Japanese savory pancake dish.
A dough made of flour, eggs, and cabbage is topped with seafood, meat, or other ingredients and baked. 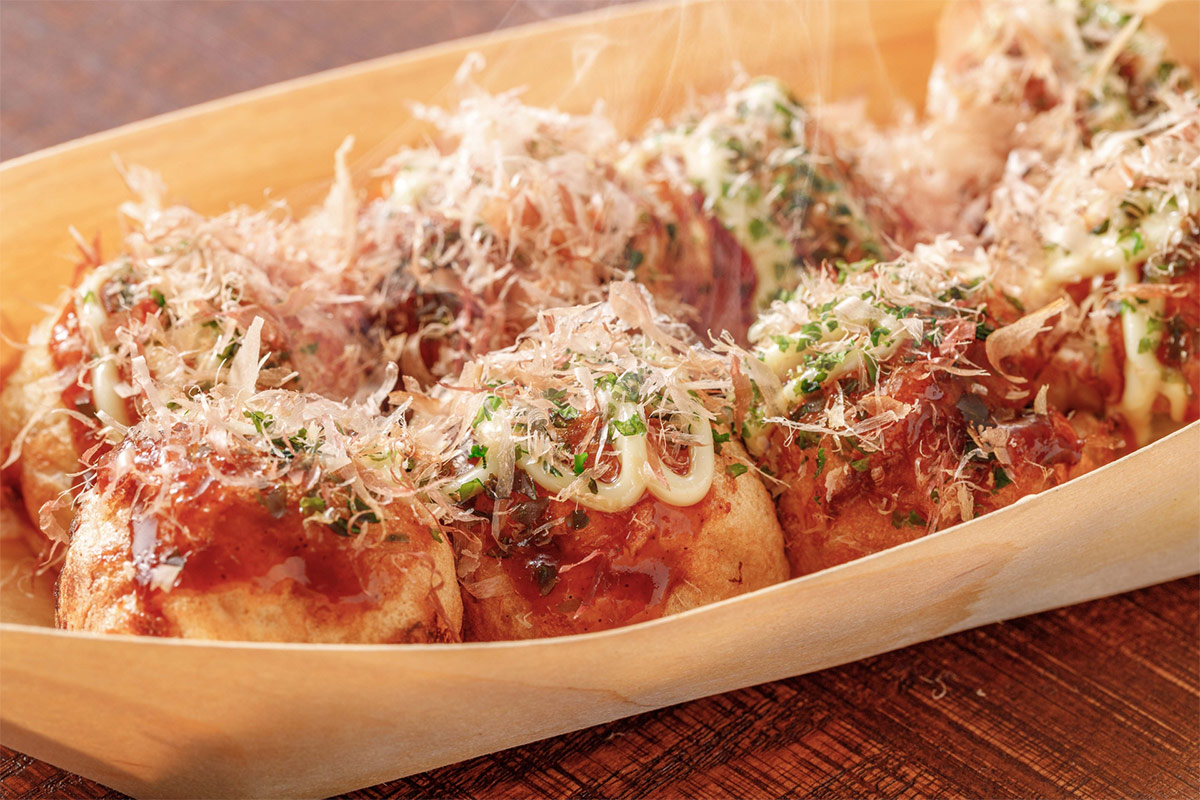 Takoyaki is a flour dough filled with boiled octopus and condiments and baked into a spherical shape.
Pour sweet and spicy sauce over the top. 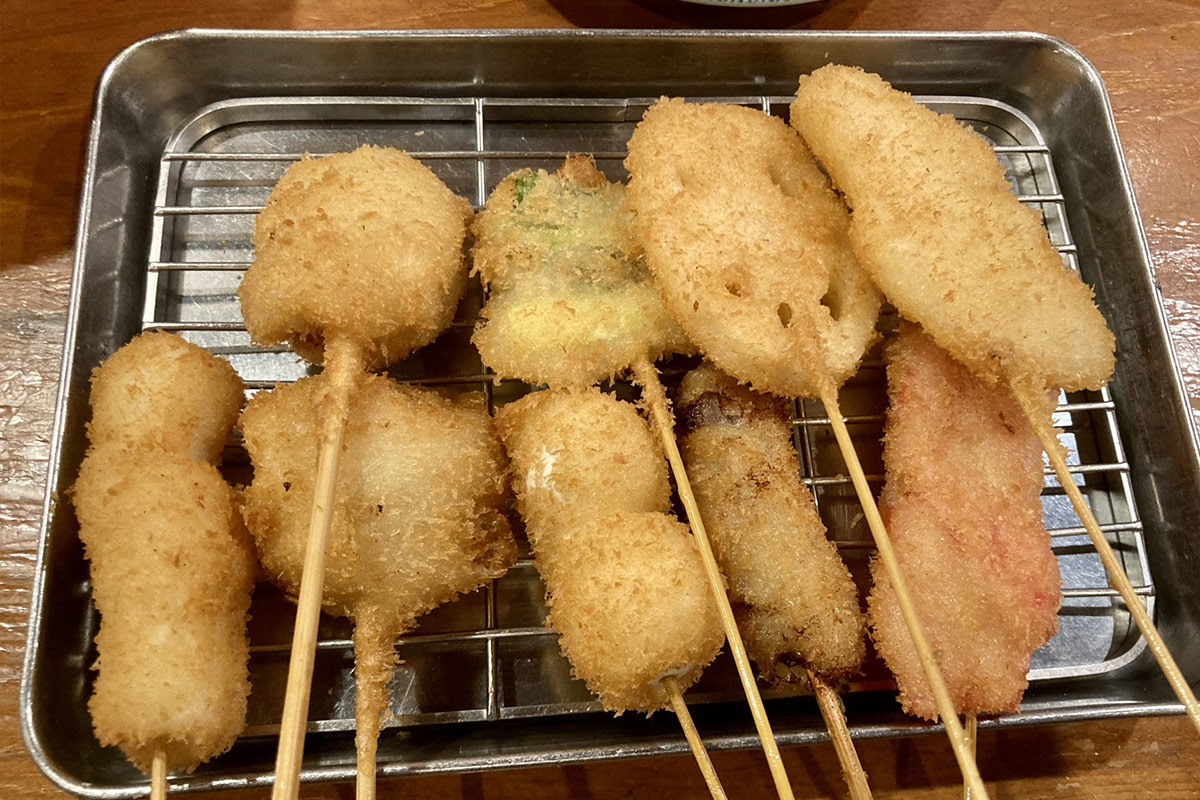 A Japanese dish in which meat or vegetables are skewered, coated with batter, and deep-fried in oil.

Osaka is so accessible!

Osaka is a very easy place to get to, with an excellent airport and train system.

Kansai International Airport is a big airport, with direct flights from 91 cities in 26 countries!

When traveling to Osaka from Tokyo or other areas of Japan, the Shinkansen is recommended.

If you want to get around Osaka City, the subway is the way to go!
They also have one-day passes, so please make the most of them.The number of trains is also very large.

How many days is enough for Osaka?

If you are traveling to Osaka itself, two days and one night should be enough.

And if you’re staying two or three nights, try the neighboring prefectures!

It takes about 30 minutes from Osaka by train.
The prefecture has a large number of trains and is easy to visit.

Many of the buildings are traditional Japanese buildings, so I recommend visiting in conjunction with a trip to Osaka.

Kodawari Times
Heian Jingu Shrine, a famous sightseeing spot in Kyoto
https://kodawari-times.net/blog/heian-jingu
The other day I visited "Heian Jingu" in Kyoto!What kind of place is Heian Jingu?Heian Jingu is a shrine located in Kyoto,Japan.It was built in 1895 with Emperor Kanmu as its deity. The highlight is the beautiful vermilion shrine pavilion. The large gate(torii) has become a symbol of this town.*The gate of a shrine is called Torii(鳥居) in Japan. Let's get right to it and pay a visit to Heian Jingu!Wash your hands first before praying.This place for washing hands...

Kodawari Times
Japanese tea shops in Kyoto that would make great souvenirs.
https://kodawari-times.net/blog/tea-stores-goencha
Kyoto is a very popular tourist destination.Walking along a shopping street in Kyoto, I found a store selling Japanese tea in a very cute package! The shop is called "Kyoto Gyokuroen no Goencha”.Each package is cute and has a cute Japanese design. Here are the Japanese teas I boughtWhat I thought was the cutest was the omamori-shaped package.*Omamori is japanese good luck charm.The package is labeled "Ichiganjyoujyu".It is said to have been created in hopes of "o...

This is also a 30-minute train ride from Osaka.

Recommended for those who want to enjoy the fashionable streets and shopping.

It’s so close that people from Kyoto and Kobe commute to Osaka every day, so easy to get to and from!

Things to do in osaka

The most famous amusement park is Universal Studios Japan.

Most people who come to Osaka come to visit Universal Studios Japan.

An aquarium called Kaiyukan is also popular.
They are known to have whale sharks here!

The sealions here are often in the news because of their very cute poses.

It is very close to Universal Studios Japan, so staying nearby and visiting both is recommended. 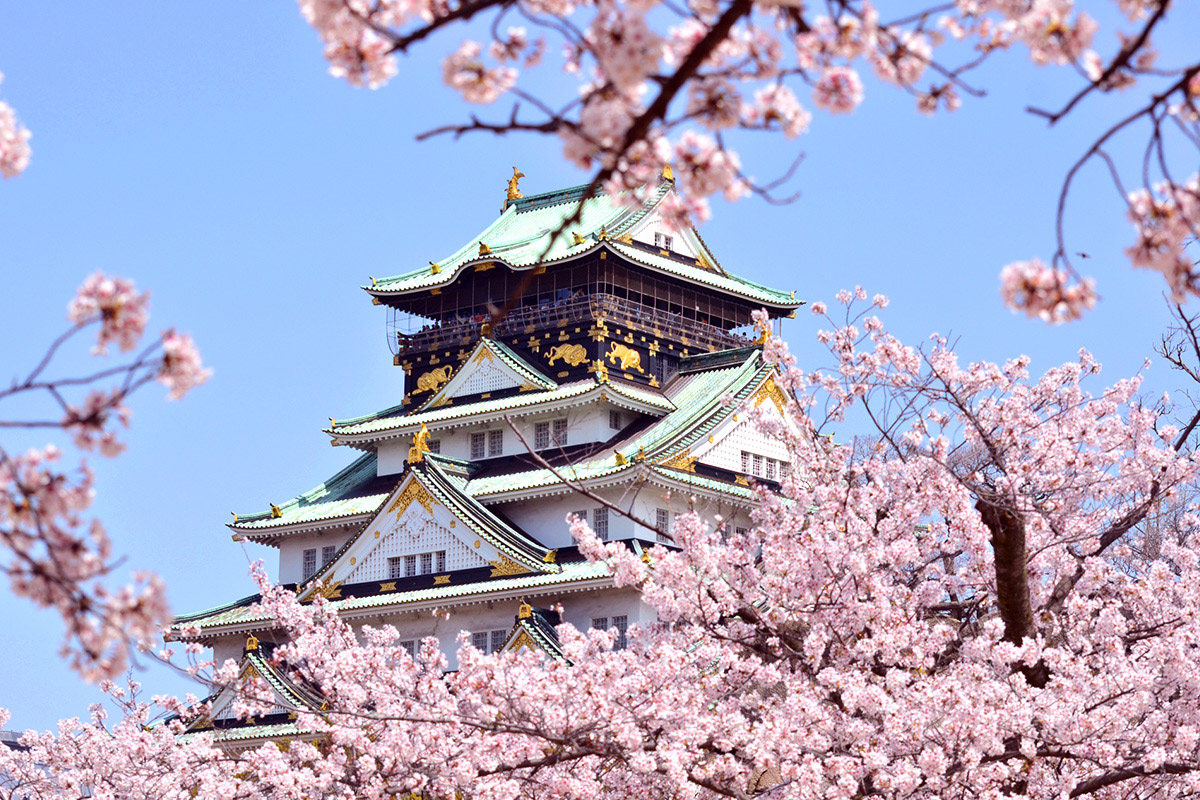 Osaka Castle is very popular during the cherry blossom season.

The castle is surrounded by a large park.

Often posted on Instagram is a view of Dotonbori. 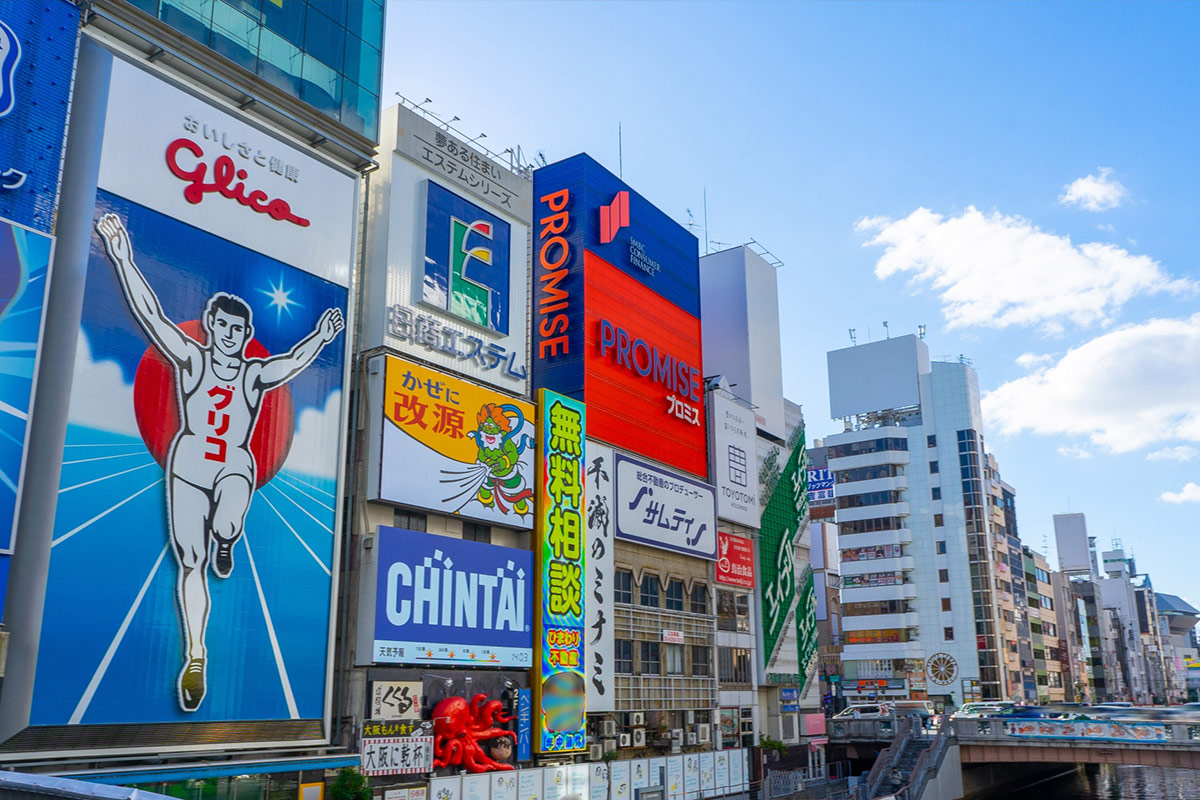 There’s a sign featuring a candy called “Glico,” and people often pose for pictures with the sign! 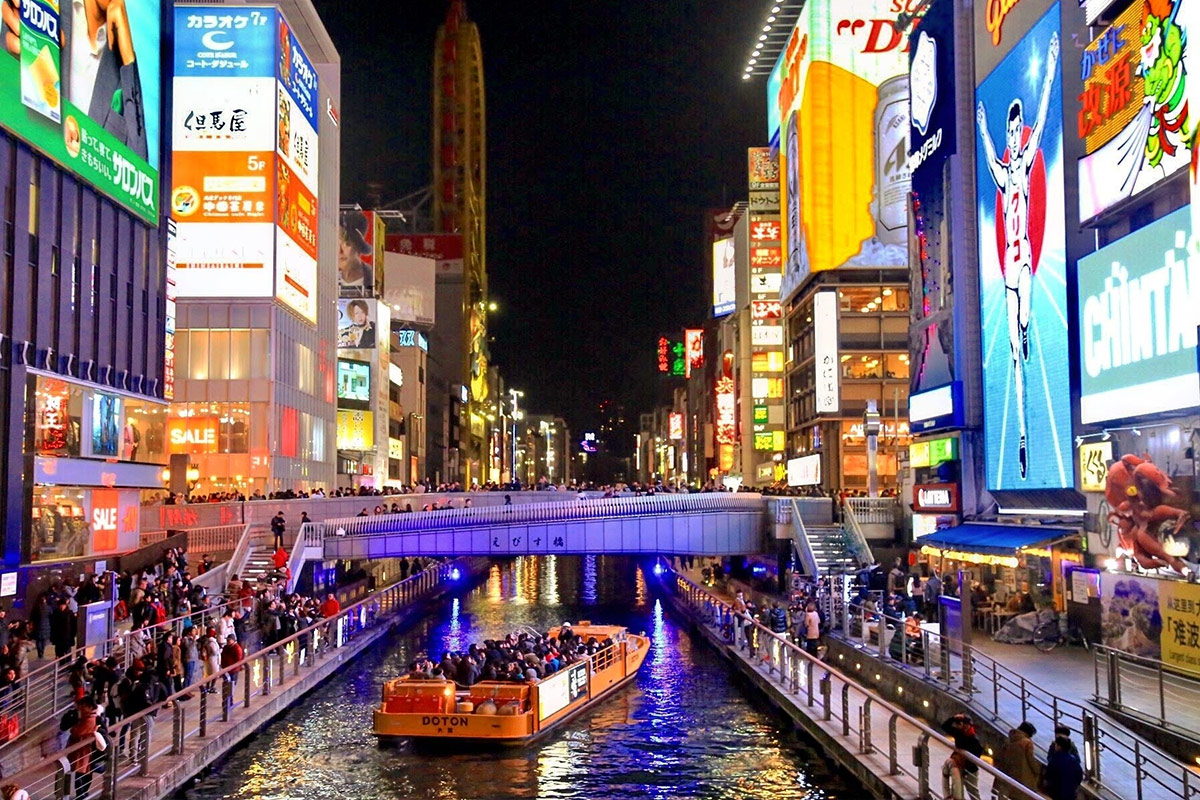 Cruises are popular in Dotonbori, too!

The best place to eat and walk around is Shinsekai.

There is a lively atmosphere with a variety of street food. 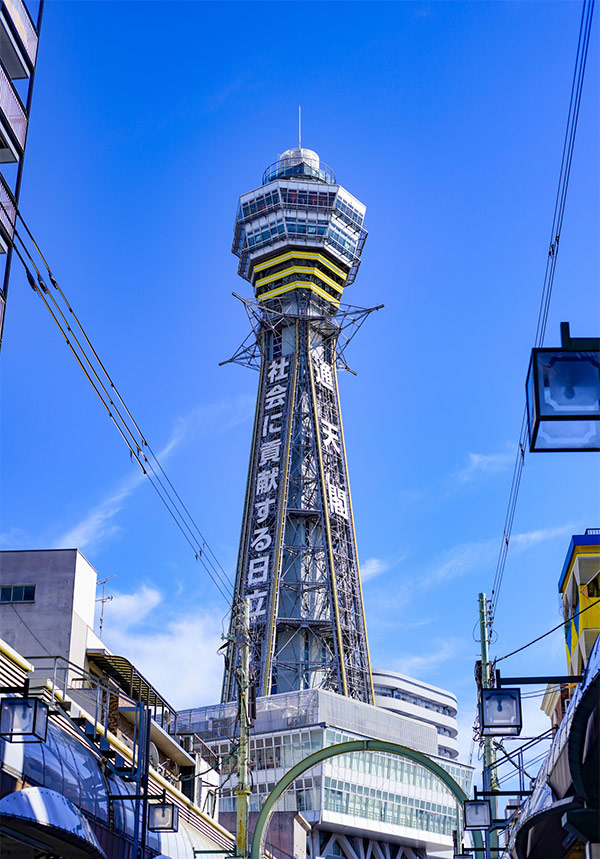 There is a popular tourist spot called Tsutenkaku.

Izumisano City is a recommended tourist destination for those who use Kansai Airport. 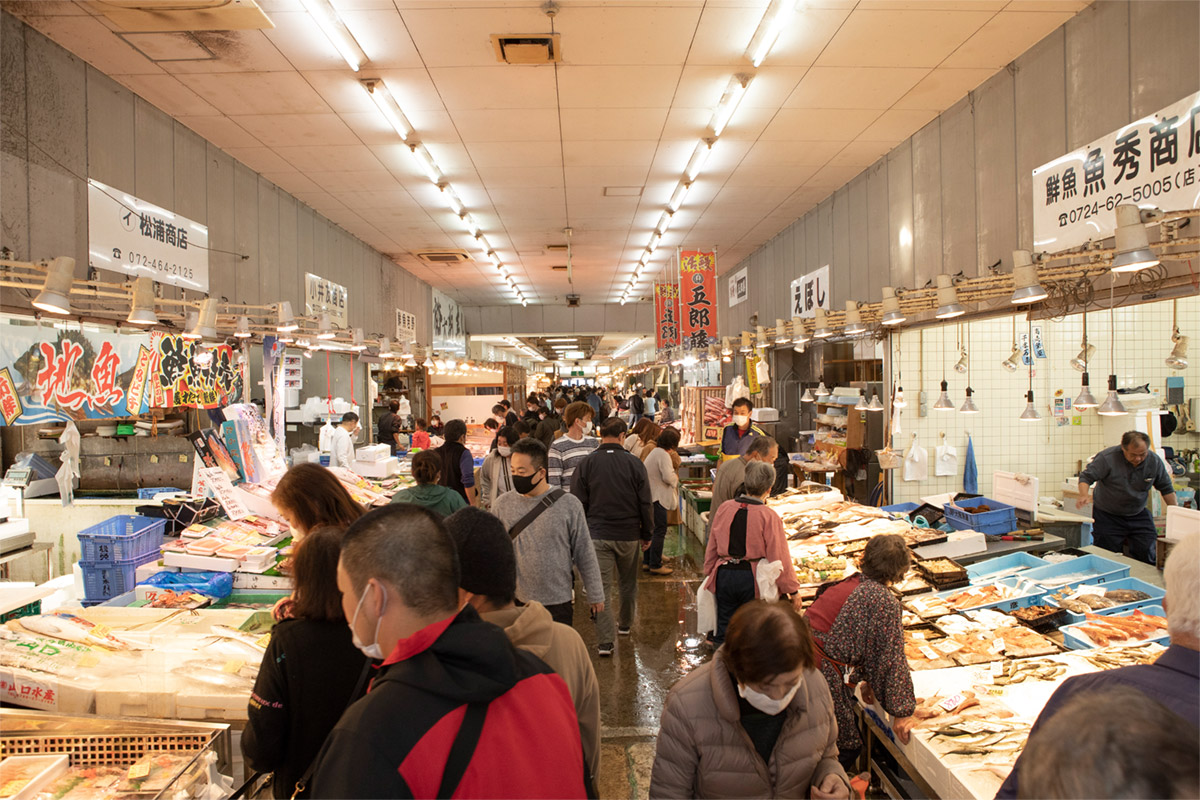 I’ve blogged about it before, check it out!!!

Kodawari Times
3 things to do in the Kansai International Airport area
https://kodawari-times.net/sightseeing/kix-area-recommendation
Kansai Airport is an international airport in western Japan and is used mainly by tourists visiting Osaka and Kyoto.The number of visitors has been increasing rapidly since around fiscal year 2017, and in fiscal year 2019, 8.73 million foreign tourists alone used the service.You can see that of all the tourist destinations in Japan, "Osaka/Kyoto" is getting all the attention! In fact, did you know that Izumisano City in Osaka Prefecture, where Kansai International Airport is lo...

Minoh is recommended during the season of autumn leaves.
Also, the local beer is very good. 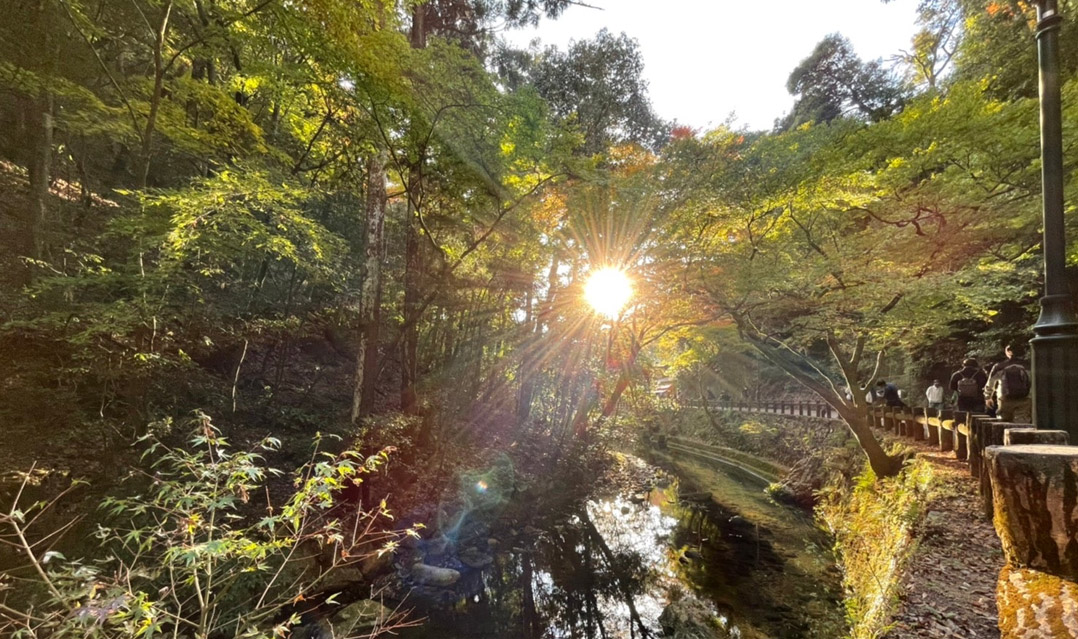 Check out the blog here too.

Kodawari Times
I went sightseeing in Minoh to see the fall colors!
https://kodawari-times.net/blog/minoh-fall-colors
Click here for the first part of the article. After enjoying the delicious beer, we went sightseeing.We walked to the Minoh station.It is a bit far from the beer store to Minoh station, so you may want to take a cab.Our destination was Minoh Otaki!It is a tourist attraction that can be reached on foot from Minoh Station, and many people came to enjoy the autumn colors easily. There are souvenir shops on both sides of the mountain path.If you look carefully, you will see signs that s...

Things to do in osaka at night

If you come to Osaka, be sure to enjoy a night out as well. 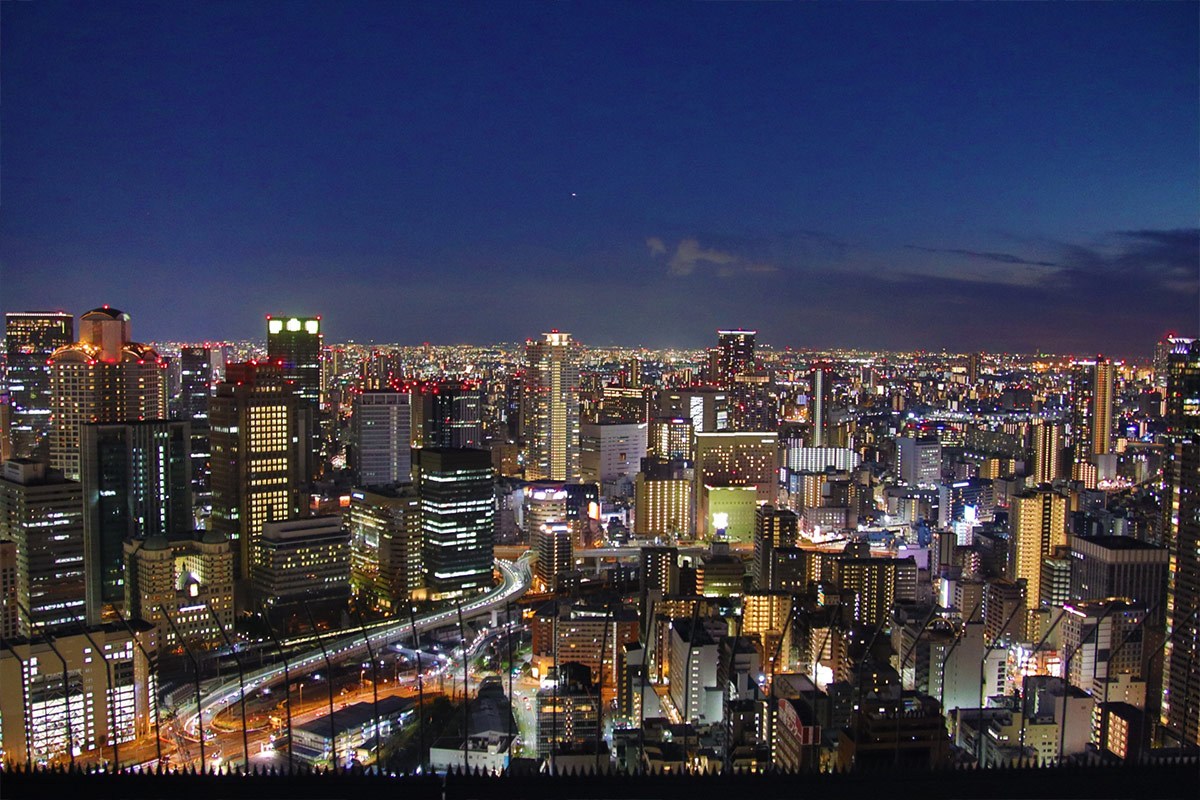 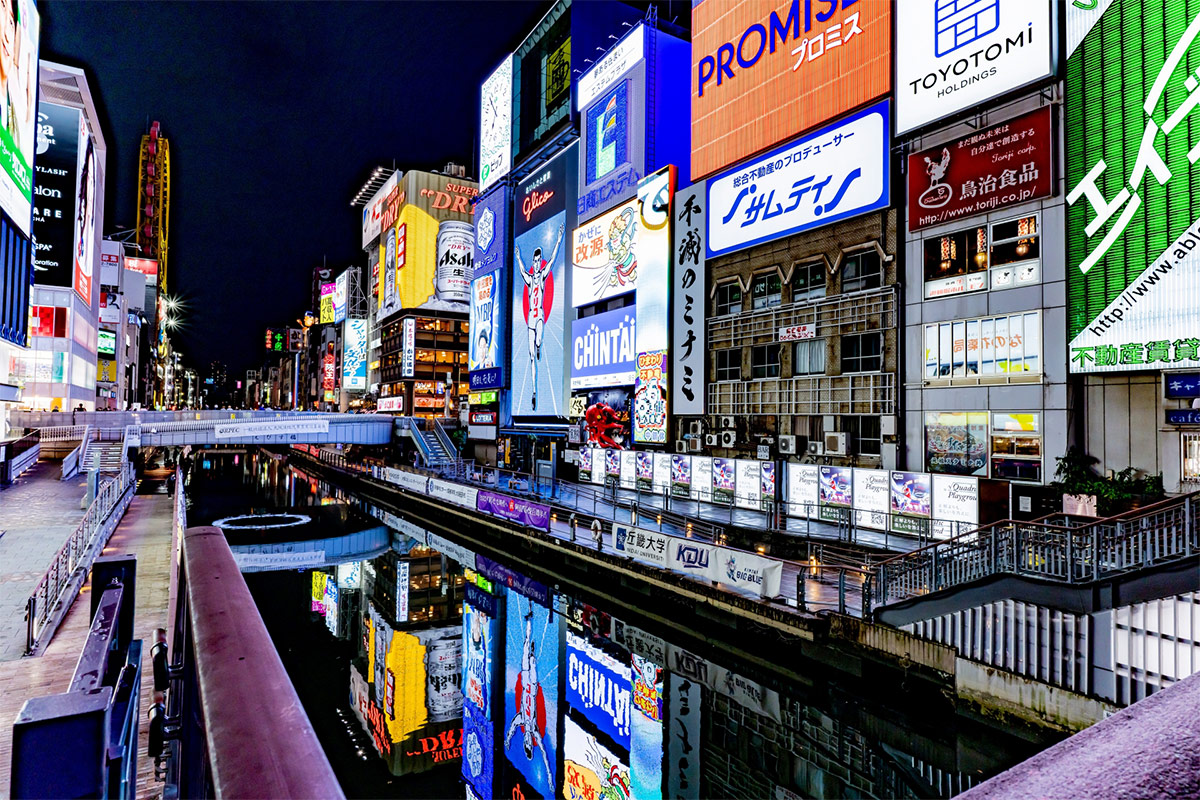 Many of the stores stay open late into the night, so many of us stay up until bedtime enjoying ourselves!

*Be careful not to go down unpopular streets.

It might be fun to spend some time at a hotel bar.

Kodawari Times
Introducing the new hotel that opened in Osaka! “OMO7 Osaka” by Hoshino Resorts
https://kodawari-times.net/sightseeing/omo7-osaka
Osaka Bob, a leading source of information about Osaka, Japan, has informed me that a new hotel has opened in Osaka!*Click here to visit the website operated by Osaka Bob.https://maido-bob.osaka/en/ OMO7 Osaka by Hoshino Resorts is not only a place to stay, but also a gourmet and fun-filled experience.Osaka Bob gave us his recommendations for enjoying OMO7 Osaka. A hotel for the joy of urban tourism!OMO7 Osaka by Hoshino Resorts is located right in front of "Shin-Imamiya Statio...

Information centers for international visitors are available at major stations in Osaka.

Even if this is your first time in Japan, we think you will enjoy a comfortable trip.

Osaka is full of attractions. Come visit us! 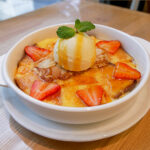 Find your favorite book cover in the fall of reading – Seiwado Bookstore(Osaka,Japan)

I took a walk around Kameari Station, the setting of the very famous Japanese manga “Kochi kam...

What should I see when I come to Japan? An introduction to typical tourist genres

In my last blog, I introduced places, the four seasons, and typical foods in Japan. Have you ever he...

There is a Japanese card game called “karuta(かるた)”. Among karuta, those based on Japanes...