In Japan, there is a custom of decorating wind charms, called Furin, in summer. 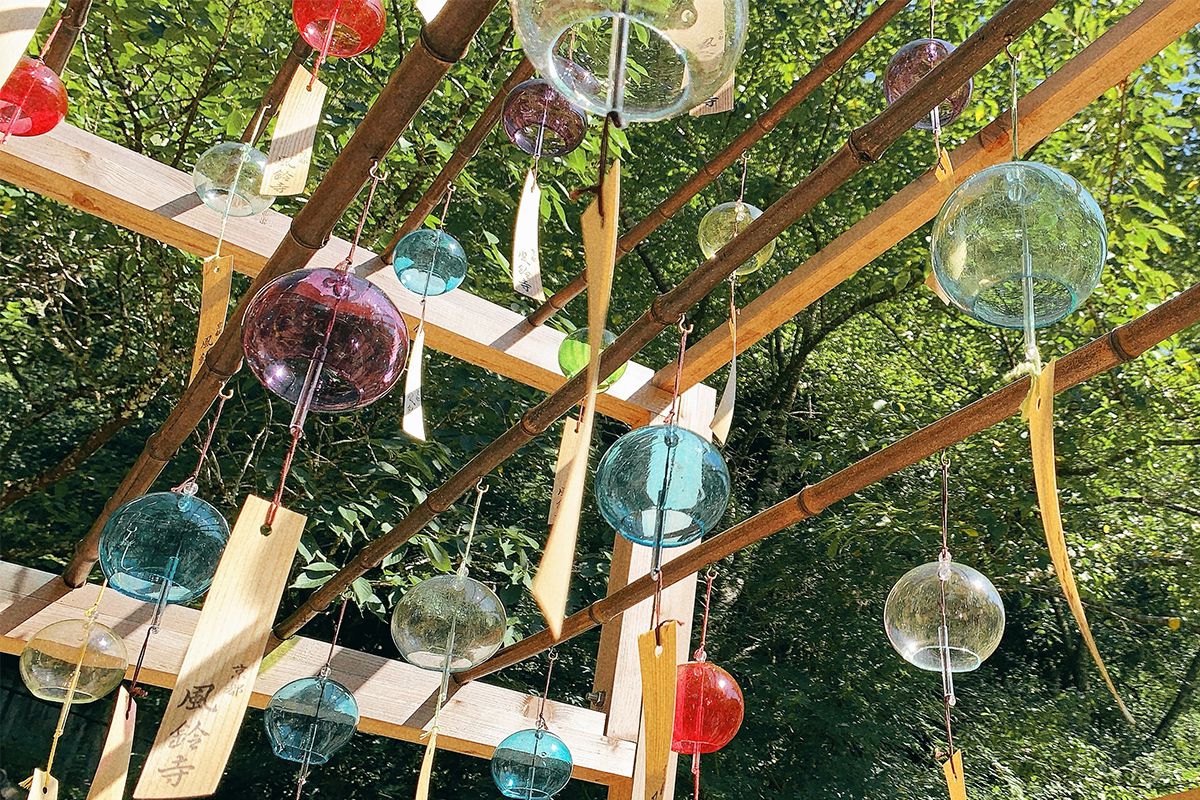 Literally translated, it means a bell that rings when the wind blows.

What were Japanese Furin originally made for?

In Japan, the range where the sound of Furin could be heard was once considered a sacred area.
They were hung on the eaves of temples to protect them from disasters.

Around 900 years ago, the nobility decorated furin to ward off evil spirits.
In the past, copper was the most common material, but now they are made of various materials such as iron, ceramic, and glass.

In Japan, there is a Furin Festival at each temple in the summer!

The sound of Japanese furin is very clear.
Summer in Japan is hot, but when I hear this Furin sound, I feel a little bit cooler.

In summer, Furin festivals are held at temples and other places throughout Japan. I also went last summer.

At Shojuin, as many as 2,000 furin are decorated every summer. 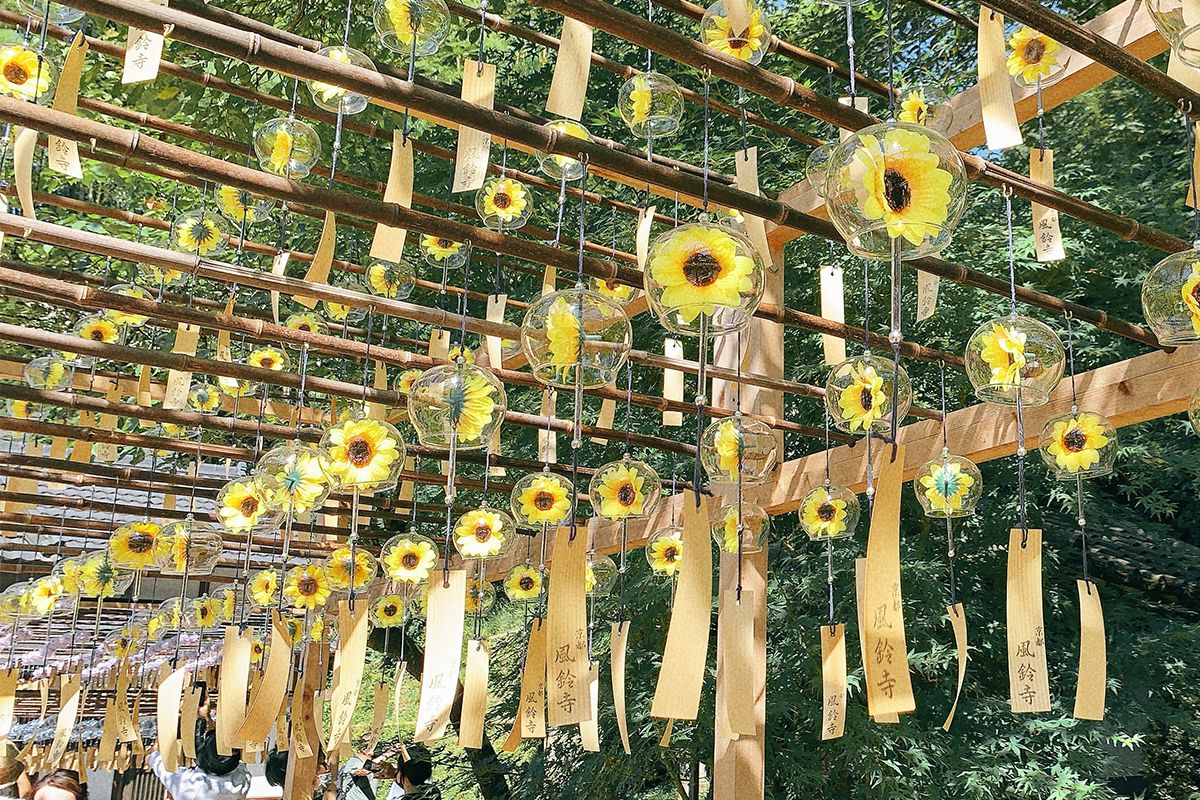 When the wind blows, many furins sound and the beautiful tones are enchanting. 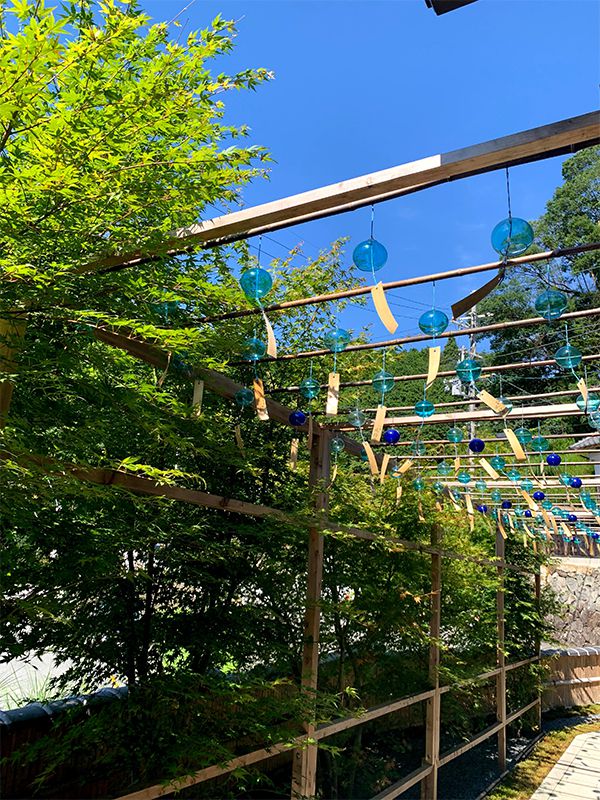 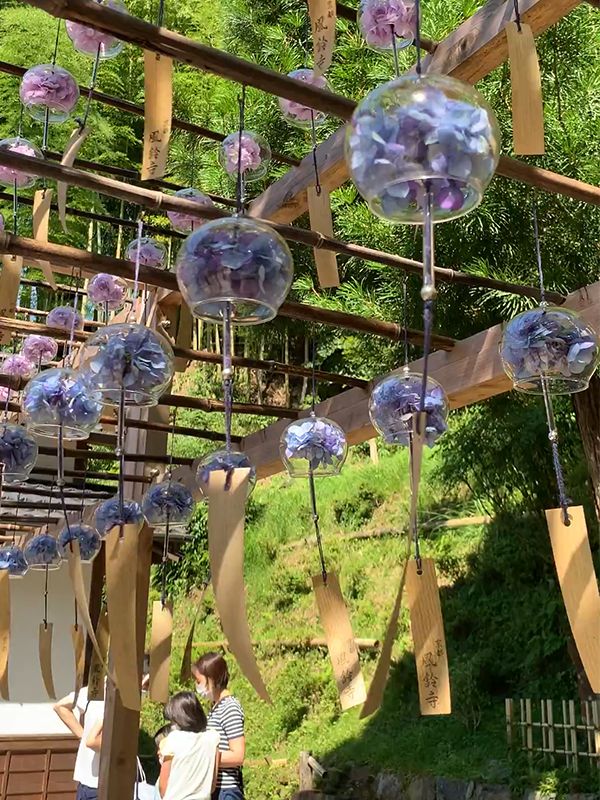 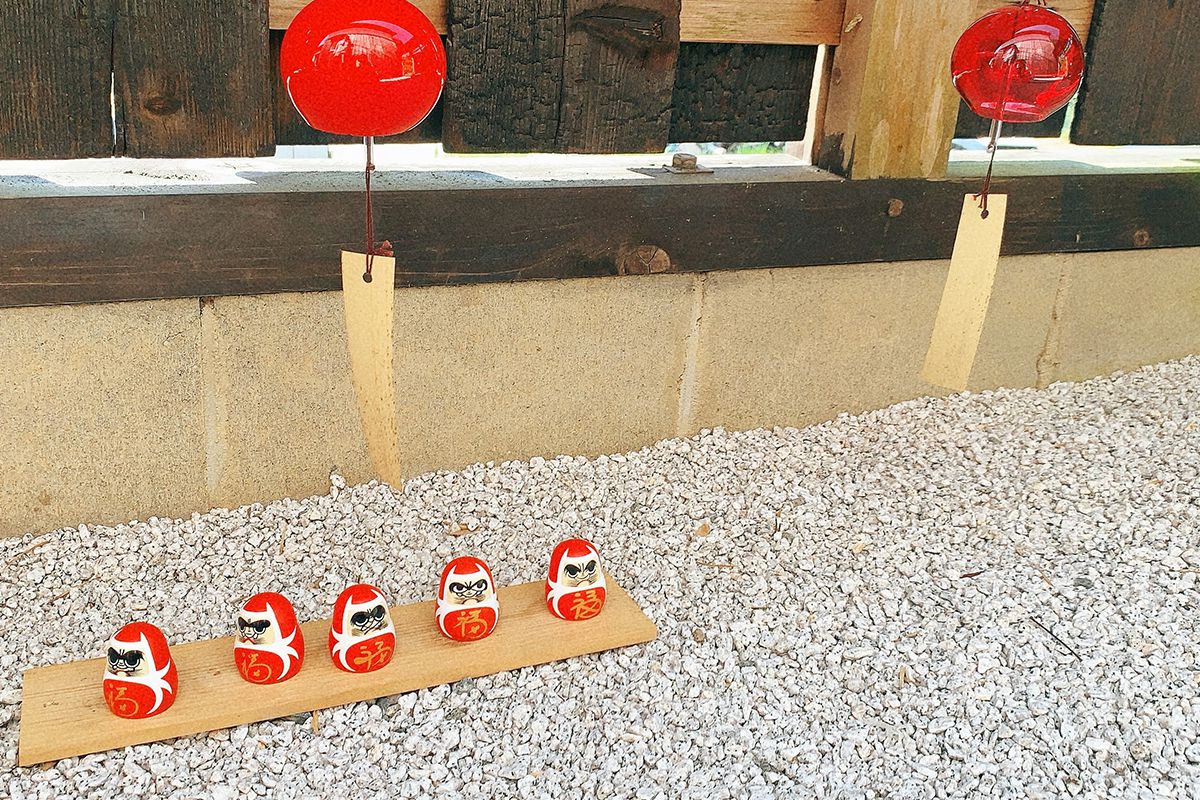 This place called Uji is surrounded by tea fields and mountains, and the scenery is spectacular. 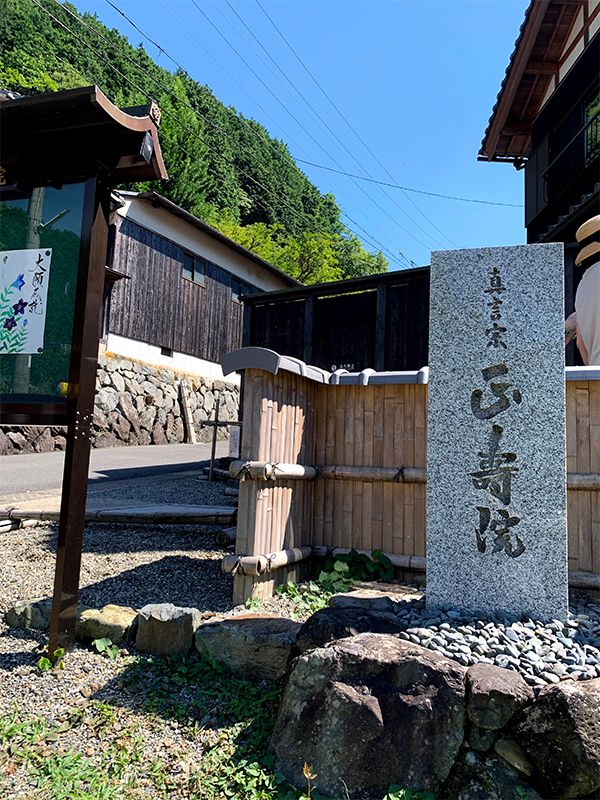 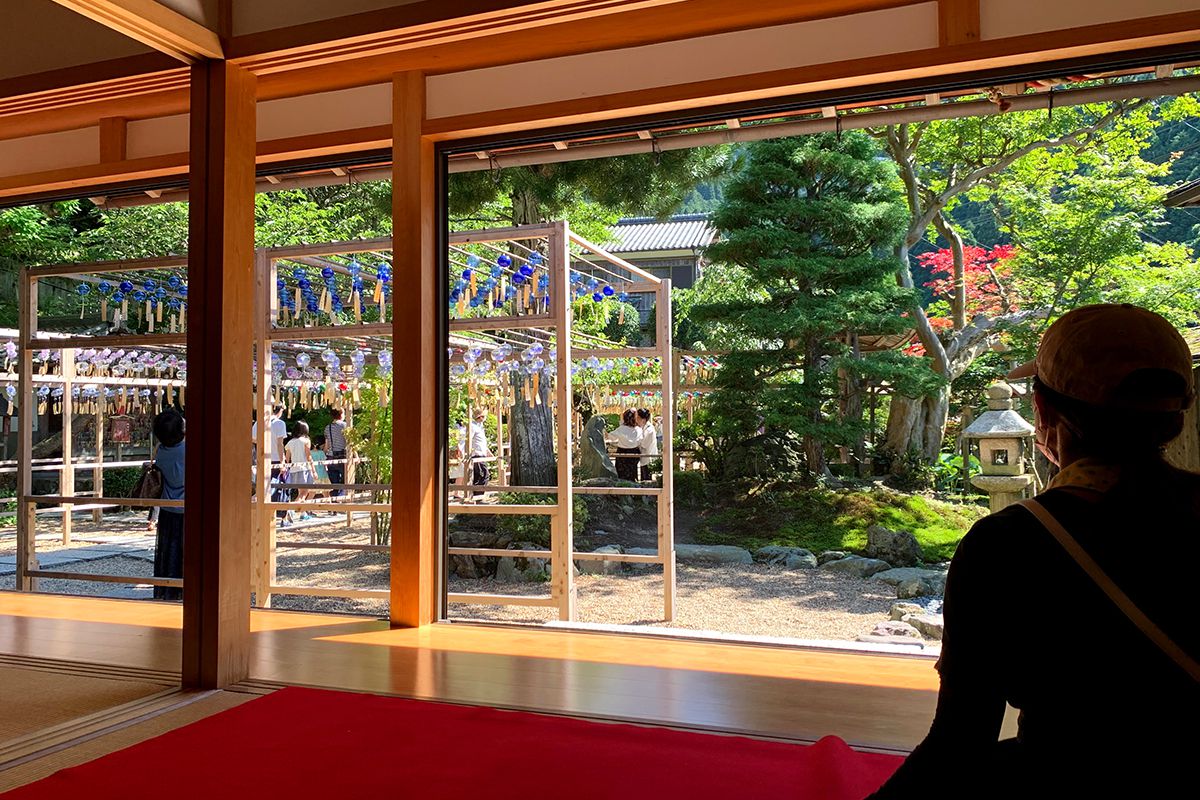 This is not the only attraction of Shoujuin temple. 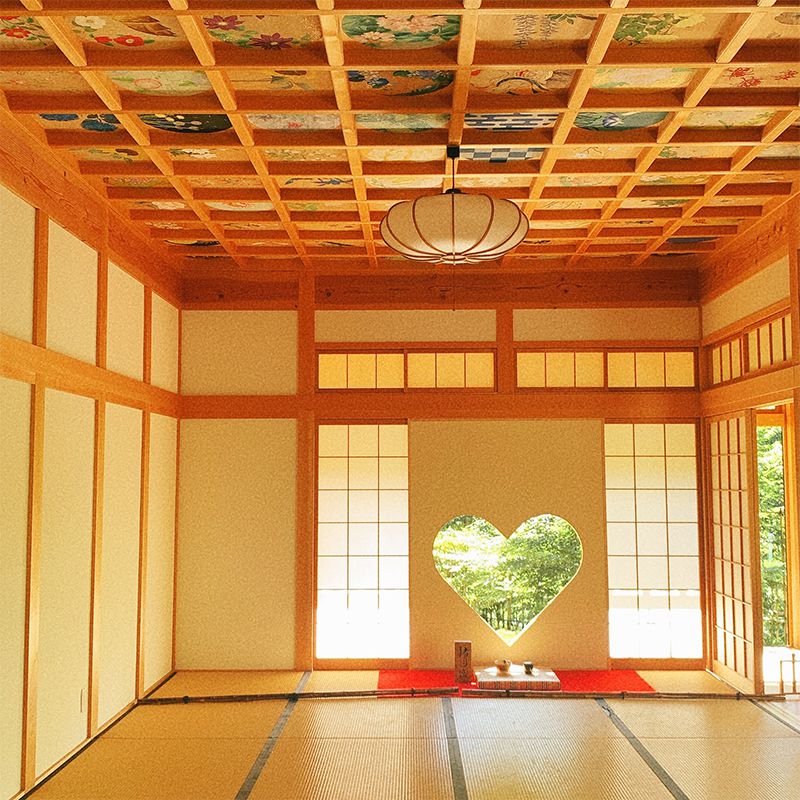 Look at that! It is a very cute heart-shaped window.
In fact, this heart shape is one of the traditional Japanese patterns.

These windows are called Inome windows, a technique that has been used as architectural decoration in temples and shrines for about 1,400 years.
This technique is meant to remove misfortune and invite good fortune.

Then take a look at these ceiling paintings! 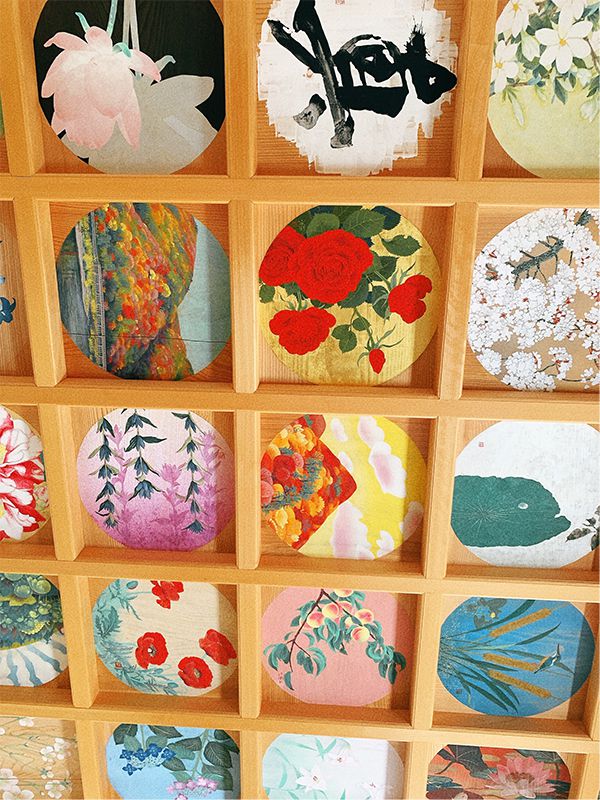 The ceiling is decorated with 160 paintings on the theme of flowers and Japanese landscapes.

After exploring the temple, enjoy Matcha!

Shoujuin is located in a famous tea-producing region of Japan.

And by all means, after you’re done strolling through the temples, be sure to taste their matcha drinks, ice cream, and more! 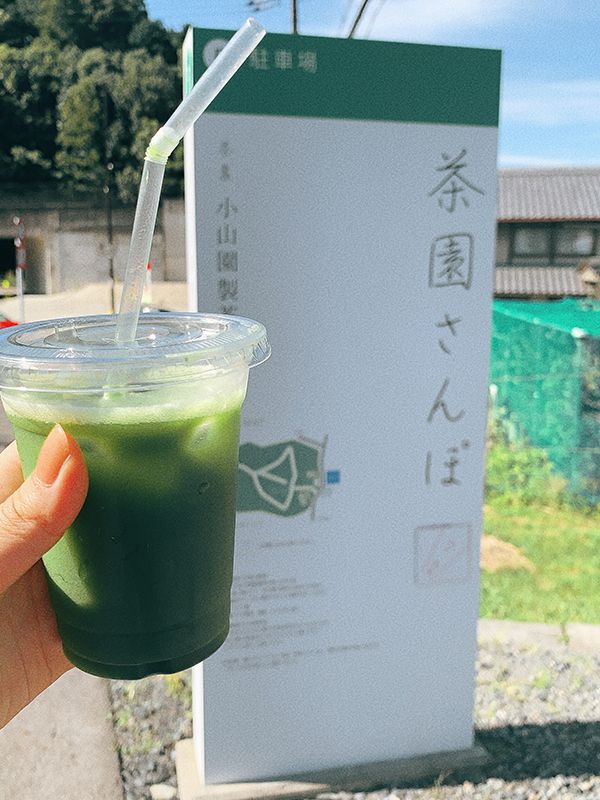 I also drank cold matcha milk. It was hot, so having a cold drink was very refreshing.

If you come to Japan in the summer, you should definitely try cold food because it is very hot!

Kodawari Times
10 Most Unique Soft Serve Ice Cream Flavors in Japan
https://kodawari-times.net/fooddrink/soft-serve-icecream
There are many flavors of soft serve ice cream in Japan.I will share with you the flavors and toppings that can only be found in Japan. 1. A classic in Japan! Matcha(Green tea) flavorIn Japan, soft serve ice cream is usually vanilla, chocolate, and "matcha" flavors.The bittersweet Matcha aroma is nicely matched by the sweetness.Matcha flavor is very popular in Japan. You can find it in many places.If you go to Kyoto or Shizuoka, where matcha is grown, you can enjoy authentic ma...

Kodawari Times
History of Kakigori, Japanese Shaved Ice
https://kodawari-times.net/fooddrink/kakigori
Summer in Japan is very hot.The humidity can be damp, dank, and a bit suffocating."Kakigori" is the preferred sweet in such a situation.Kakigori is Japanese shaved ice.Kakigori is available at cafes and specialty stores, as well as at convenience stores.More and more people are also buying home shaved ice machines and enjoying shaved ice at home. The History of Kakigori(Shaved Ice) in JapanThere is a description of shaved ice in Japan in a Japanese book written about 1,300 year... 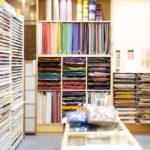 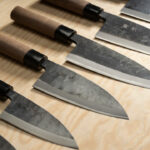 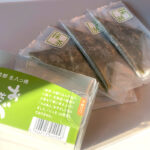 After exploring the hot springs and the nostalgic train station, we’ll eat some of the special...

Do you know the flower called higanbana? This flower originates from China and is characterized by i...

Japan in autumn is beautiful! Great views and delicious food!

In Japan, the four seasons offer a variety of sceneries, with autumn being the most spectacular seas...